In this installment of Patch Anatomy, we learn how to recreate a typical robot sound effect from vintage Japanese anime. This type of sound be heard when something dramatic happens in the animation, like a robot appearing, the arming of a weapon etc. Let’s check it first, with an extra music sample for context! 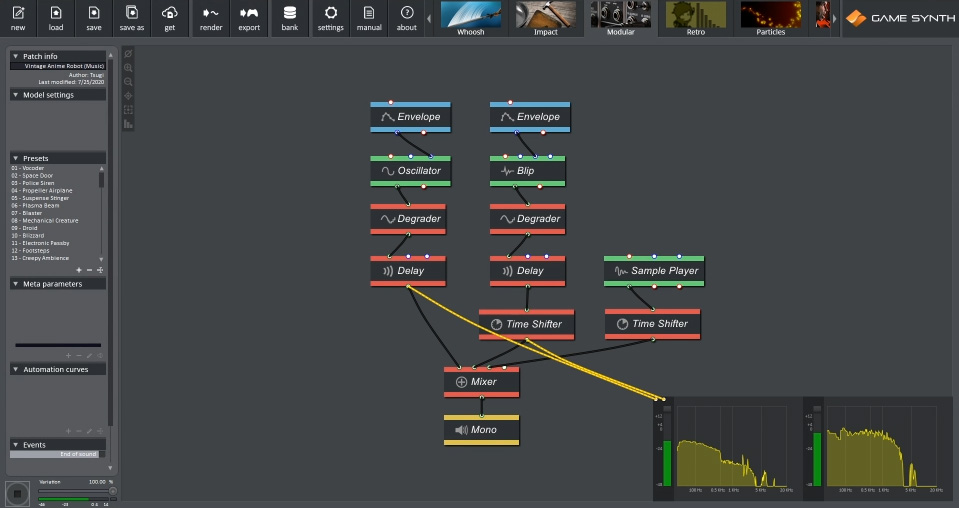 As you can see, this is a very simple patch, divided in two branches. The left branch generates the more tonal part of the sound, which plays first and builds up expectation, while the right branch delivers the noisier, impact-like sound that concludes the effect.

The main ingredients to recreate this type of sound are a pitch-varying oscillator, a way to degrade the signal, and a final stage that gives it space. Both branches of our patch follow this recipe, each with a sound generator being pitch-modulated by an Envelope, followed by a Degrader module to give it its low-fi quality and finally a Delay effect.

First, we create a sound for the charge, often referred to as a ”lens” effect as it often accompanies visual flares in anime. The sound source is a simple sine wave Oscillator whose pitch is modulated by an Envelope. The envelope divides the sound in two parts or events, which is very common in this kind of effect. The Degrader module brings the signal back to 8-bit and a high decimation factor simulate a much lower sample rate. The resulting low-fi signal is then sent to a Delay module with a short 90ms delay and a lot of feedback. 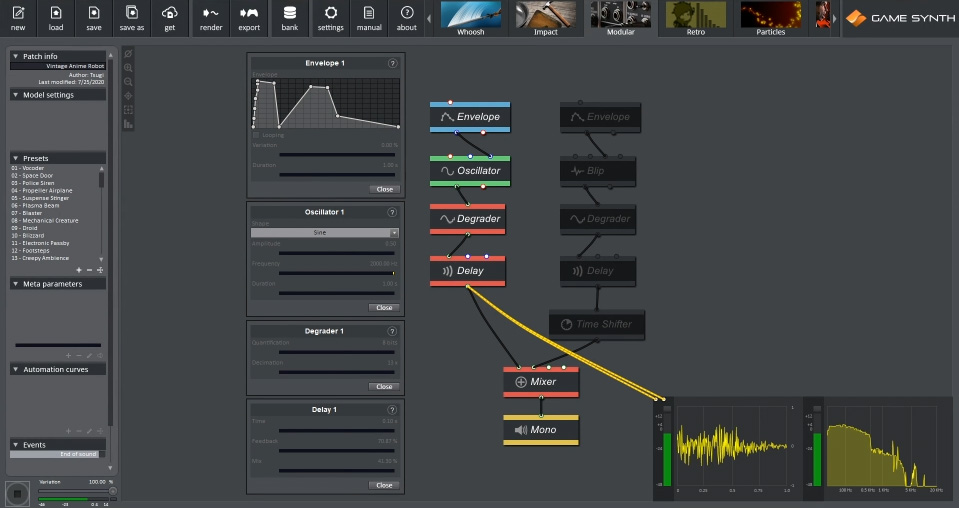 Pro tip: don’t forget to set the duration of the Oscillator to what you need. If you keep an infinite duration, the Degrader module will continue its processing. As by nature it can introduce a DC offset, this may result in a plop when the sound stops!

The second part of the sound is more like a low-fi impact sound, or even an explosion in a retro game. The Blip module, with its pitch decay and feedback parameters, is perfect to create this noisy sound. The Envelope controlling the pitch uses the classic “Modulated Sine” preset from GameSynth. While the Degrader has similar settings than for the charge sound,  the Delay is longer, with a bit less of feedback. 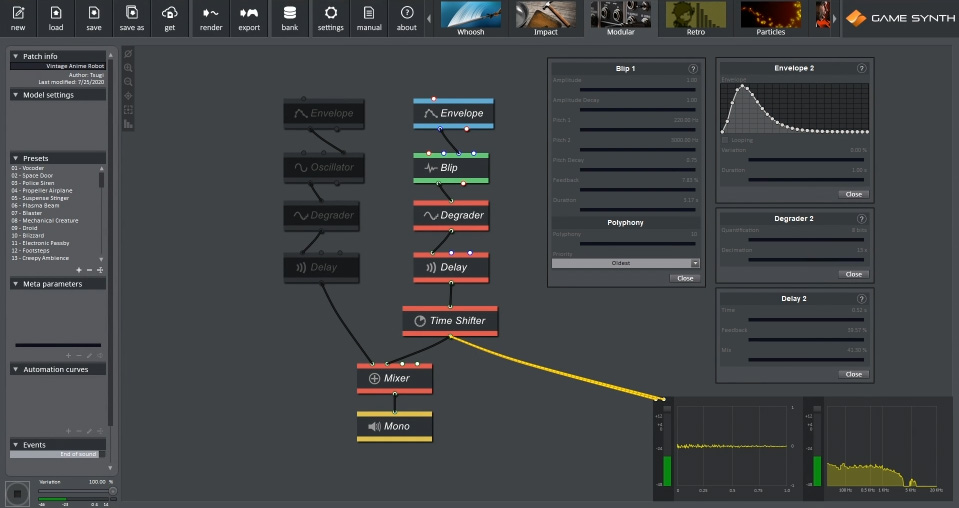 The extra Time Shifter module on this branch simply allows us to delay the sound a bit so that it plays after the sound of the first branch.

Randomization works very well on this type of sound. First, we set up the variation parameter of both pitch-modulating Envelopes to large values. Then, we added random ranges to some of the parameters, such as the amount of decimation in both Degraders, the feedback and pitch decay in the Blip module and the duration of the Delay of the charge. We invite you to download the patch and check the range of sounds that can be created. You can hear some of the variations in the video below. 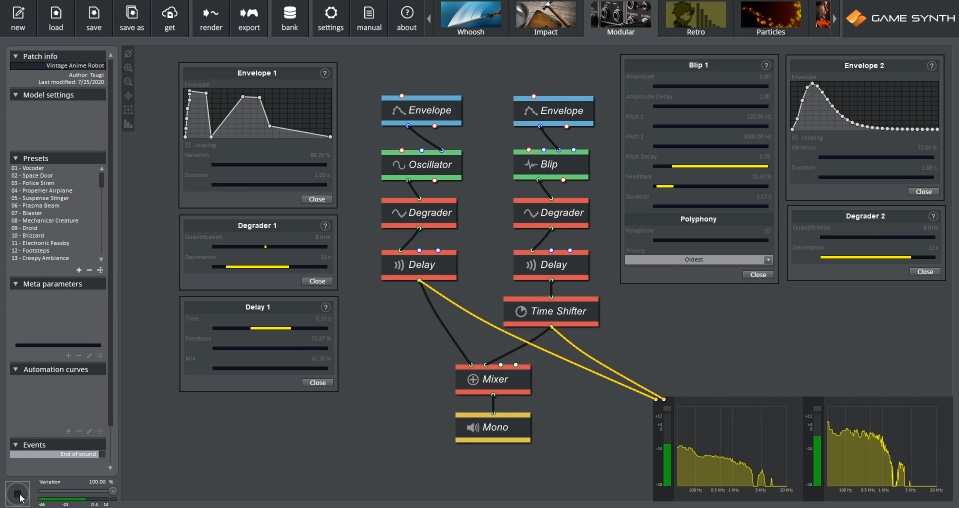