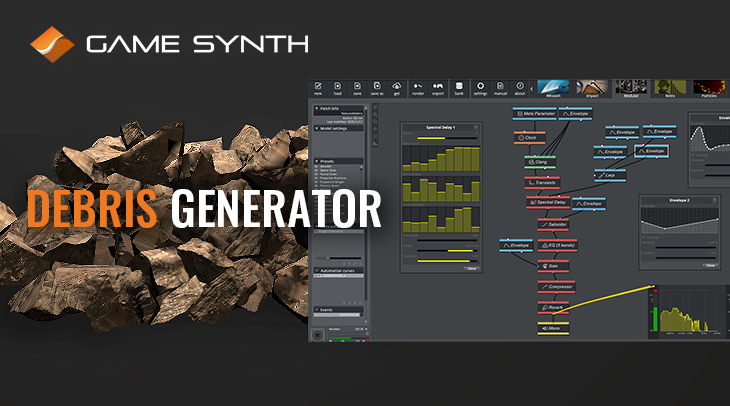 Although GameSynth is often showcased creating deliberate sounds, it’s equally capable of creating exciting experimental sounds. In this patch anatomy, we will investigate using various effects processors to generate satisfying textures. These textures can offer character and intrigue when layered with other sounds. 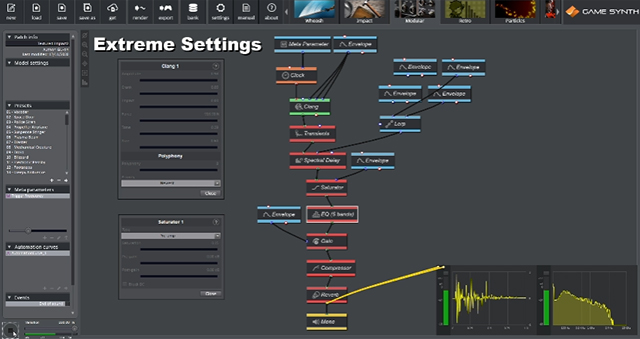 Clang is the sole audio generator for this patch. Since the aim is to generate textures, transient generators such as Clang work especially well. Also, since this module has a broad range of dynamic control parameters, we can create a good range of timbres and intensities. However, other snappy modules like Gunshot will also work well and can even be layered using the Mixer.

The majority of the sound design in this patch is done via processing. First, Transients boosts the transient part of the signal to enhance its textural characteristic. Next, a Spectral Delay scatters and staggers the sound across several frequency bands. The effect is an increase in the density of impacts without the predictable repetition of a regular feedback delay. A Saturator then boosts the overall attack by reading a steep Envelope curve into its input. The saturation type can be switched between to create even more variation in timbre and intensity. 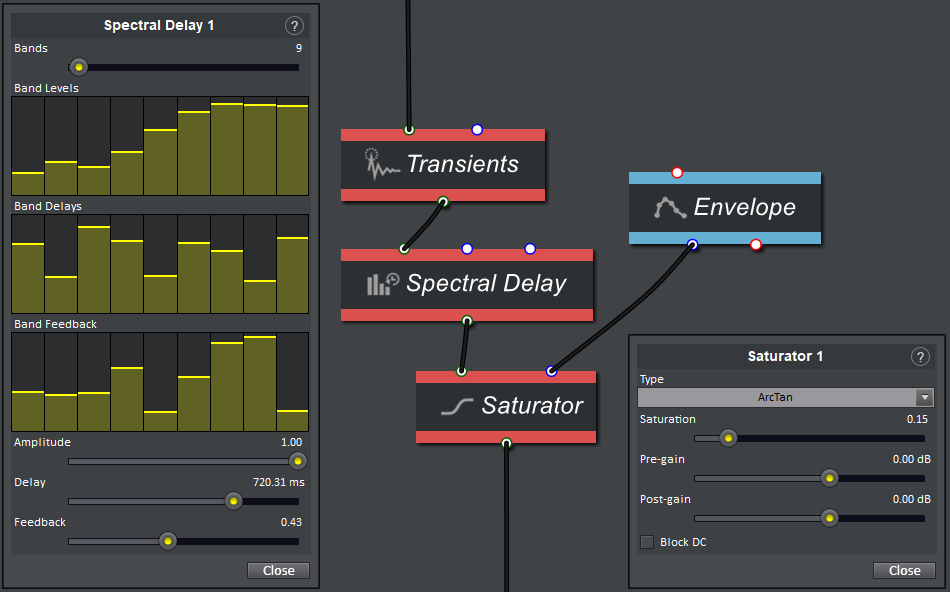 A touch of EQ helps everything sound a bit more natural, followed by an Envelope controlling a Gain module to fade everything out. Since we are dealing with impacts and boosted transients, a Compressor at the end of the chain can help flatten the sound to the desired level. A lower threshold creates a smoother texture, whereas a higher value brings back more of that clangy impact. And finally, some glue in the form of Reverb helps to tie all the effects together. Putting this effect at the end of the signal chain ensures any sound cut short still has some natural-sounding decay. 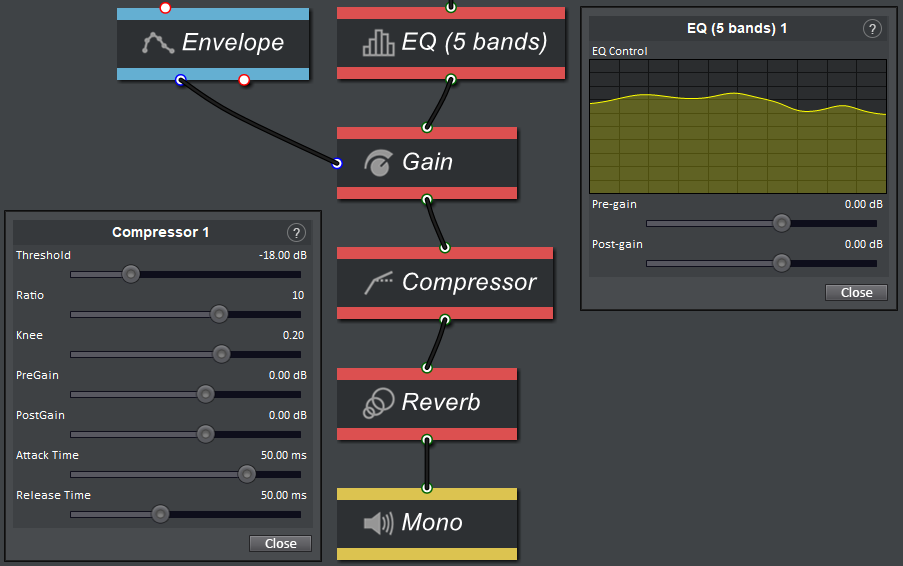 The only logic is a single Clock used to generate triggers for the Clang. The frequency of this Clock is set by a MetaParameter, allowing the user to dial in density. A short linear fade-out then controls the inputs of the Clang, generating a variety of descending textures. 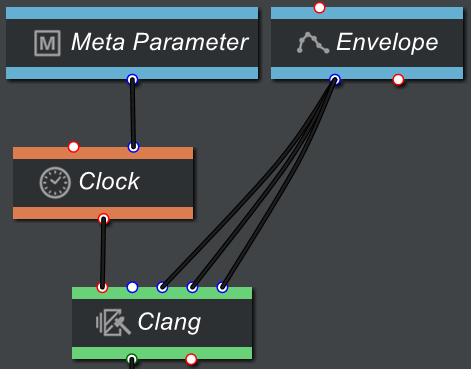 Since we are trying to avoid a static sounding Spectral Delay, we modulate its delay input with control signals. To achieve this, a Lerp is being used to interpolate between two Envelope shapes randomly. Different shapes can produce notably different results, so a few shapes have been provided. In the context of this patch, delay modulation also has the effect of controlling the apparent pitch, where higher values decrease the pitch, and lower values increase the pitch.