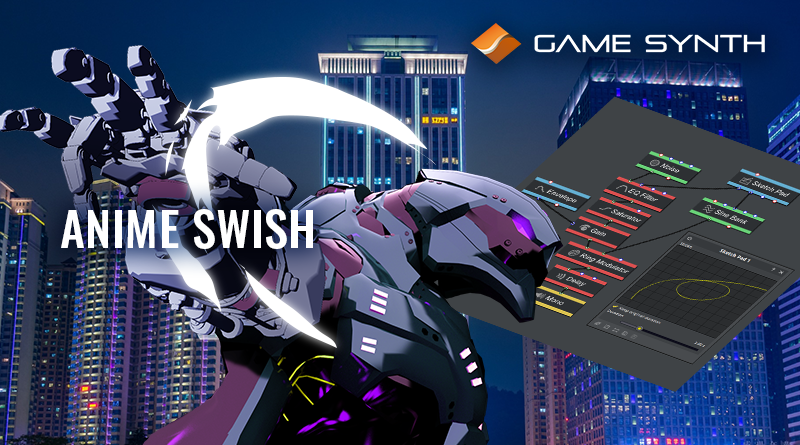 How to recreate that classic resonant swish from Japanese anime? The question regularly pops up in sound design forums. Fortunately, this hallmark of robot battles can easily be generated in the GameSynth patching environment. Even better, we can use the Sketch Pad as an intuitive way to adjust the sound’s movement to our liking. 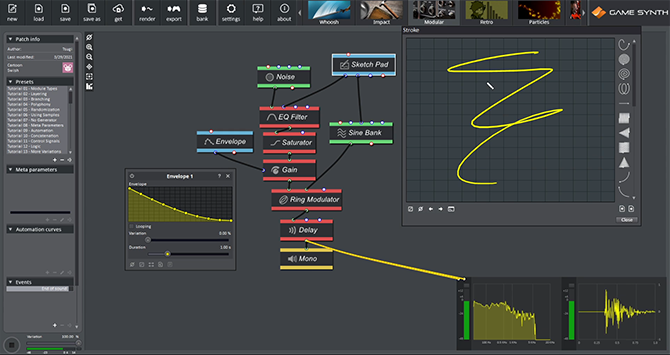 As seen in the video above, the patch revolves around a simple Noise generator. Its output is sent through an EQ Filter configured as a bandpass, with its resonance set to the maximum (adjusting the resonance will lead to various timbres, from mostly noisy to more tonal).

The swish effect is created by modulating the center frequency of the filter. In our case, this is done by reading the X position of the drawing in the Sketch Pad module. Therefore, we can change the swish ‘trajectory’ simply by drawing on the Sketch Pad.

The Saturator module that immediately follows the filter makes the timbre a bit harsher and dirtier. The sound’s Envelope is then applied via a Gain module. (It is done at this stage rather than by modulating the amplitude input of the Noise module, as the Saturator‘s response curve would drastically affect the volume.) We used the Half-Sine release preset of the Envelope module, which works well for this type of sound. 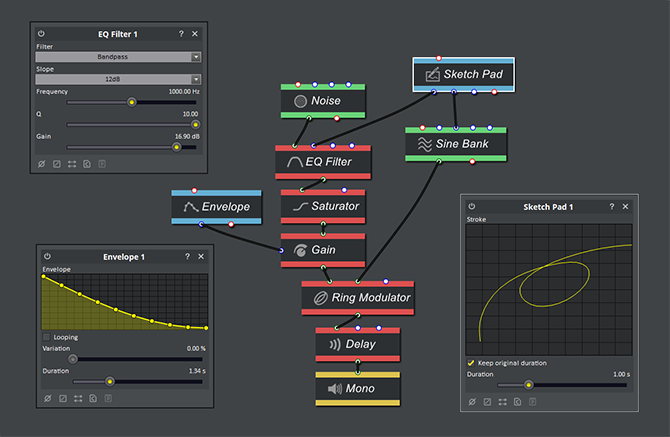 A final effect section gives the swish sound its characteristic ringing. First, the aptly named Ring Modulator will create a brighter, more defined, ringing sound. The second signal used by the ring-modulation comes from a Sine Bank module, whose main pitch is controlled by the Y position of the drawing in the Sketch Pad.

We only use the first oscillator of the Sine Bank, which may seem a bit overkill. However, by changing the global Saturation setting of the module, we can generate slightly different timbres, even with that single oscillator. Of course, it is also possible to add other oscillators to create sound variations, although the gain of the patch will need to be adjusted in that case.

A final Delay module gives some space to the sound. Adjusting its parameters is an easy way to change the character of the sound. Drier settings will work well for robotic action, while a more pronounced delay will be more appropriate for typical anime reactions (to surprising events for example).

And that’s it! This patch – called Anime Swish – has already been added to the Repository. You can try it in GameSynth and draw your own swishes in the Sketch Pad! Here are some examples below. 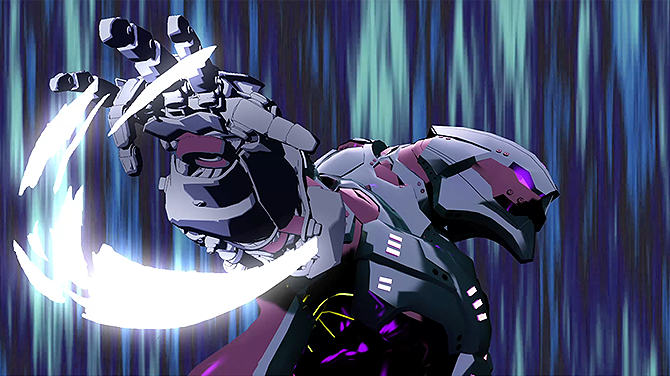