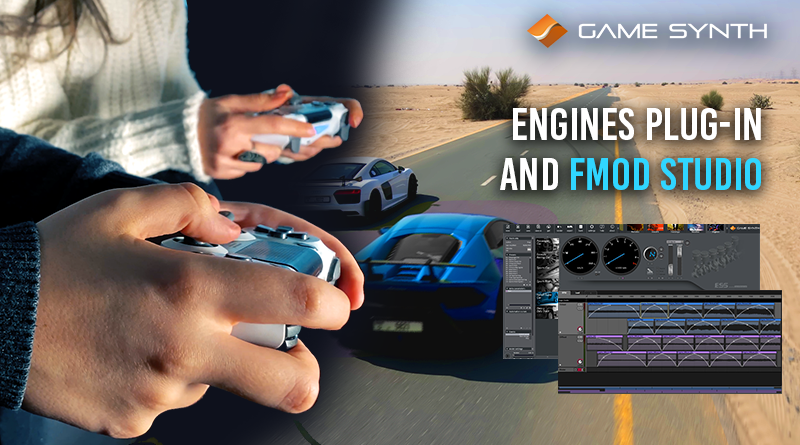 In this post, we will learn how to combine GameSynth and its Engines plug-in with FMOD Studio to easily implement interactive engine sounds. 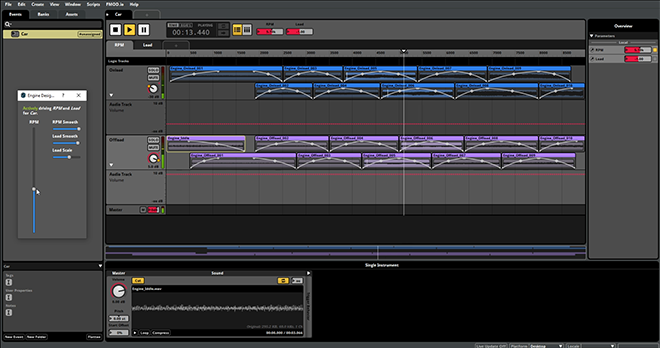 The Engines Plug-in is physically accurate, making it possible to create vehicle sounds with a precise RPM value:

At this point, if you change the Meta-Parameter value, you will see that the RPM Meter is matching it precisely. 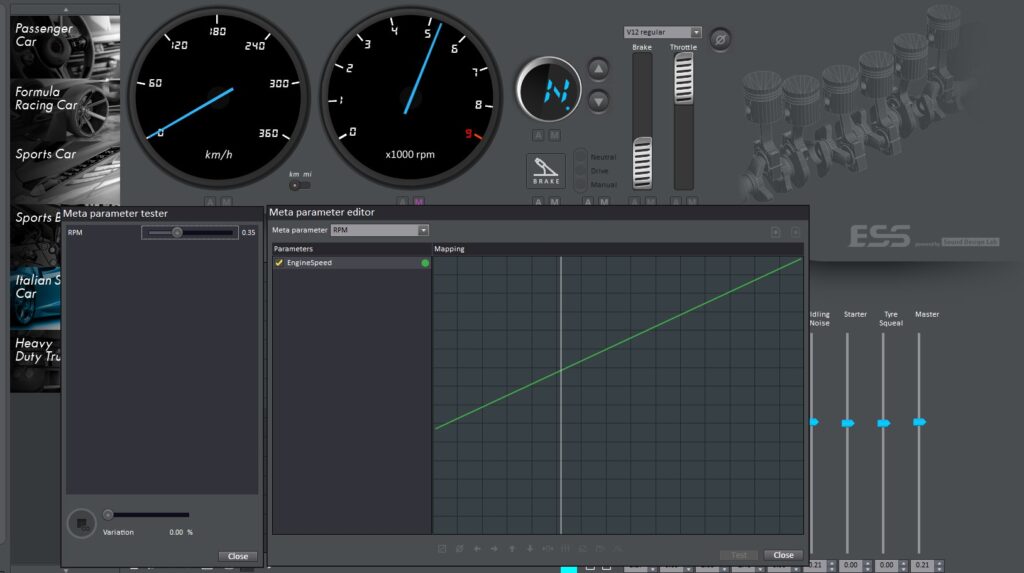 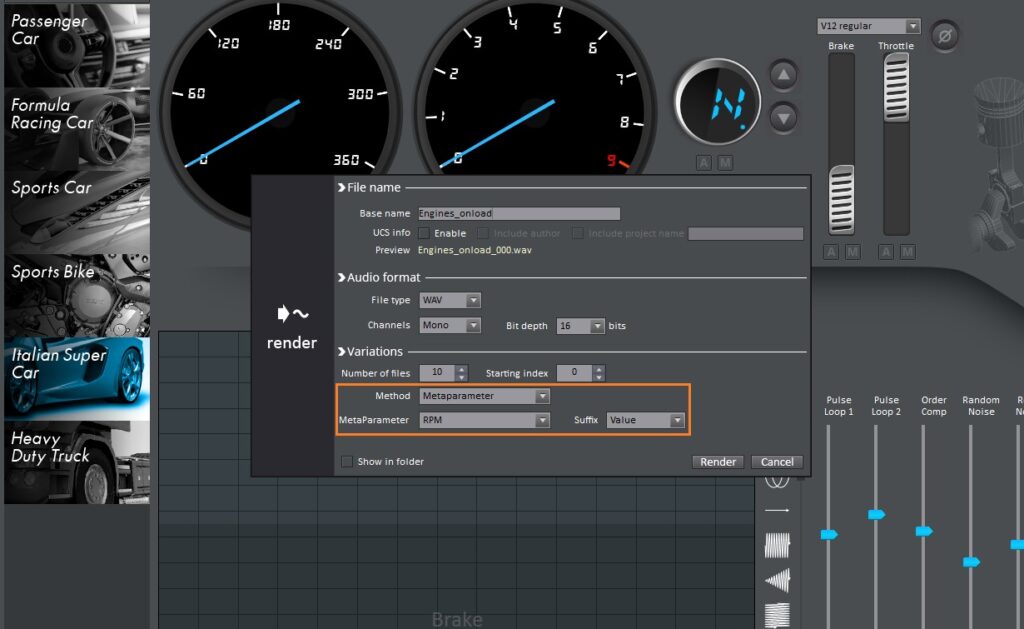 GameSynth will generate the variations by progressively increasing the value of the RPM parameter for each sound. Since we used the same model and Meta-Parameter, the on-load and off-load sounds will match perfectly.

Before importing the samples in FMOD Studio, seamless loops must be prepared in your DAW.  Since we rendered 10 seconds for each sound and the RPMs don’t fluctuate, the process should straightforward. Of course, you can also take this opportunity to further tweak the sound if you wish. Once the samples are ready, follow these steps:

For this implementation to work, the pitch needs to follow the RPM value:

Now, if you play the sound and change the RPM parameter, the pitch should follow.

Finally, to switch between on-load and off-load sounds: 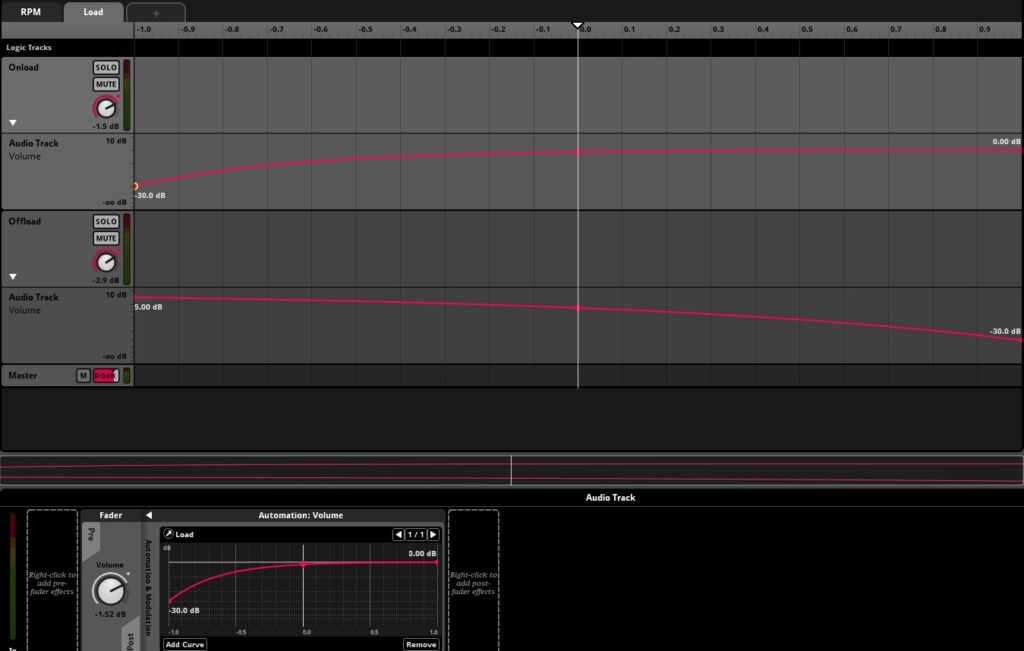 This will allow for the smooth transition between the on-load and off-load states as you accelerate or decelerate. You can test the whole system by using the Engine Designer (in the Scripts menu, FMOD Examples), which automatically uses the RPM and Load parameters together.

The resulting FMOD Studio project can be downloaded below. It was created with version 2.02.05.