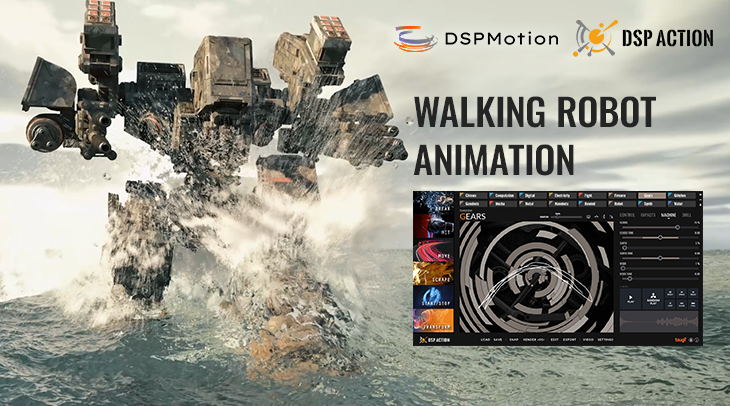 In this post, we combine the high-impact sounds of DSP Action with the evolving textures of DSP Motion to design sounds for a walking robot, synchronizing the audio perfectly with a video. 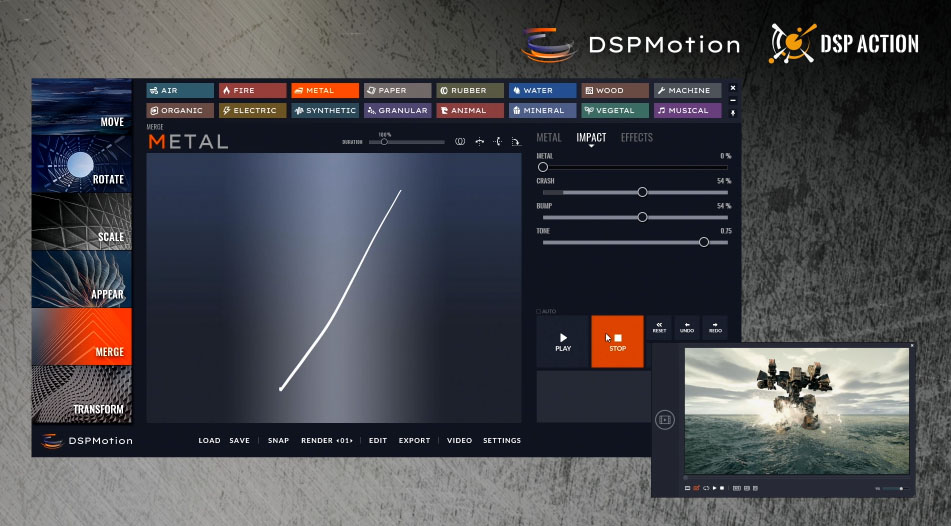 The impact produced by each step of the robot is created by layering the Merge Machine and Merge Metal patches of DSP Motion, the former producing the main impact, while the later creates a trailing sound that emphasizes the weight of the steps.

For both patches, we only needed to draw a short curve to trigger the sound. However, random ranges were assigned to the parameters, allowing us to quickly render a dozen of variations used for the full video sequence. 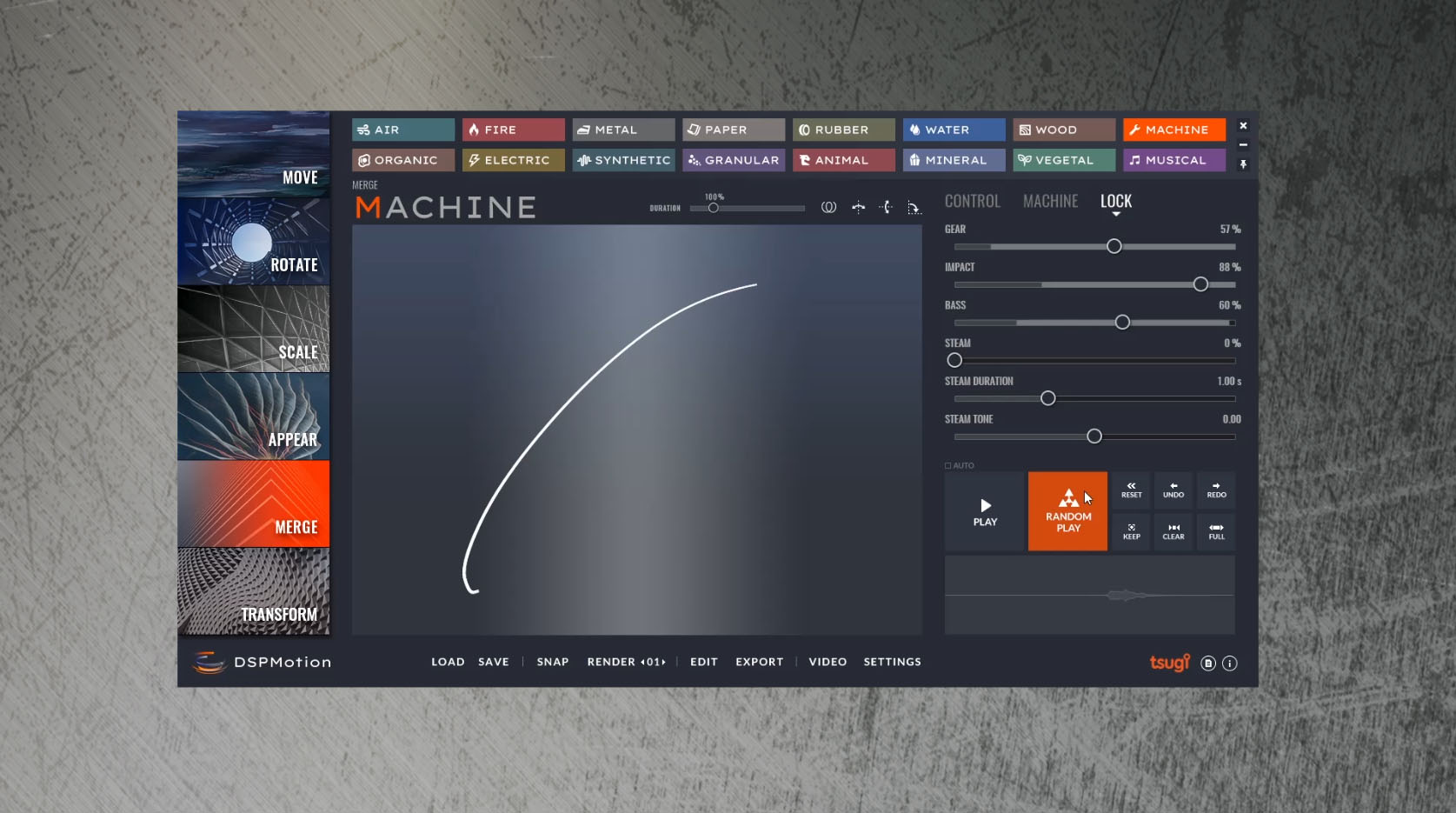 A first layer uses the Scale Metal patch of DSP Motion – only using the Gritty Metal section – to give a derelict feeling to the robot when its legs are moving. Since the amplitude is controlled on the y-axis, it is easy to design the sound by matching the movements of the robot on the video.

DSP Action contains many patches suitable for robots, and here the Transform Gear patch is put to contribution. The Servo and Riser components have been muted in order to put the emphasis on the parts that sound more mechanical. The sounds were generated by drawing back and forth between the bottom part of the sketch pad and the center, following the movement of the robot’s legs. Since this patch only produces sounds when moving or crossing arcs, it is easy to control the number of sounds triggered.

The Transform Robot patch is also used, although only its Servo section is kept. By drawing a slightly different curve each time and saving the result with the Snap function, sound variations can be quickly created. The Tone parameters were also adjusted between the drawings for even more variation. 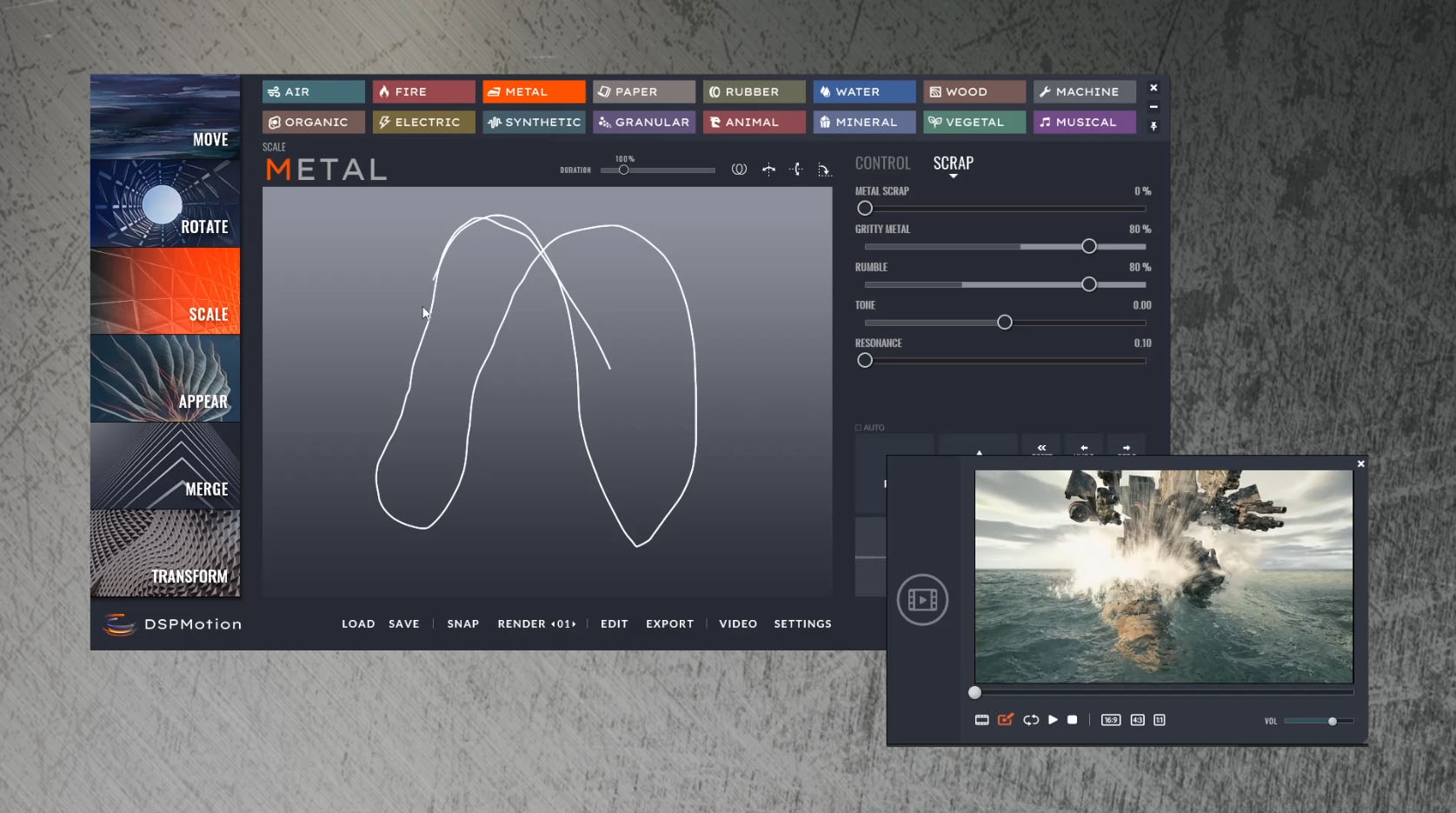 The first 2 layers of the water sounds are generated in DSP Motion. The Transform Water patch produces the sound of the metal legs stomping in the water, while the Rotate Water patch focuses on the resulting splashes.

To make these splashes sound more powerful, the Start/Stop Water patch of DSP Action is also used (with the Swirl section muted). Again, we simply need to follow the movement of the splashes on the video as the patch’s amplitude can be controlled on the y-axis.

Finally, since the robot is surrounded by water, a general liquid sound is generated via DSP Action’s Transform Water patch, blending all the water sounds together. When crossing the center of the sketchpad, it is possible to alternate between over and under water, but we deliberately stay above and draw back from left to right. 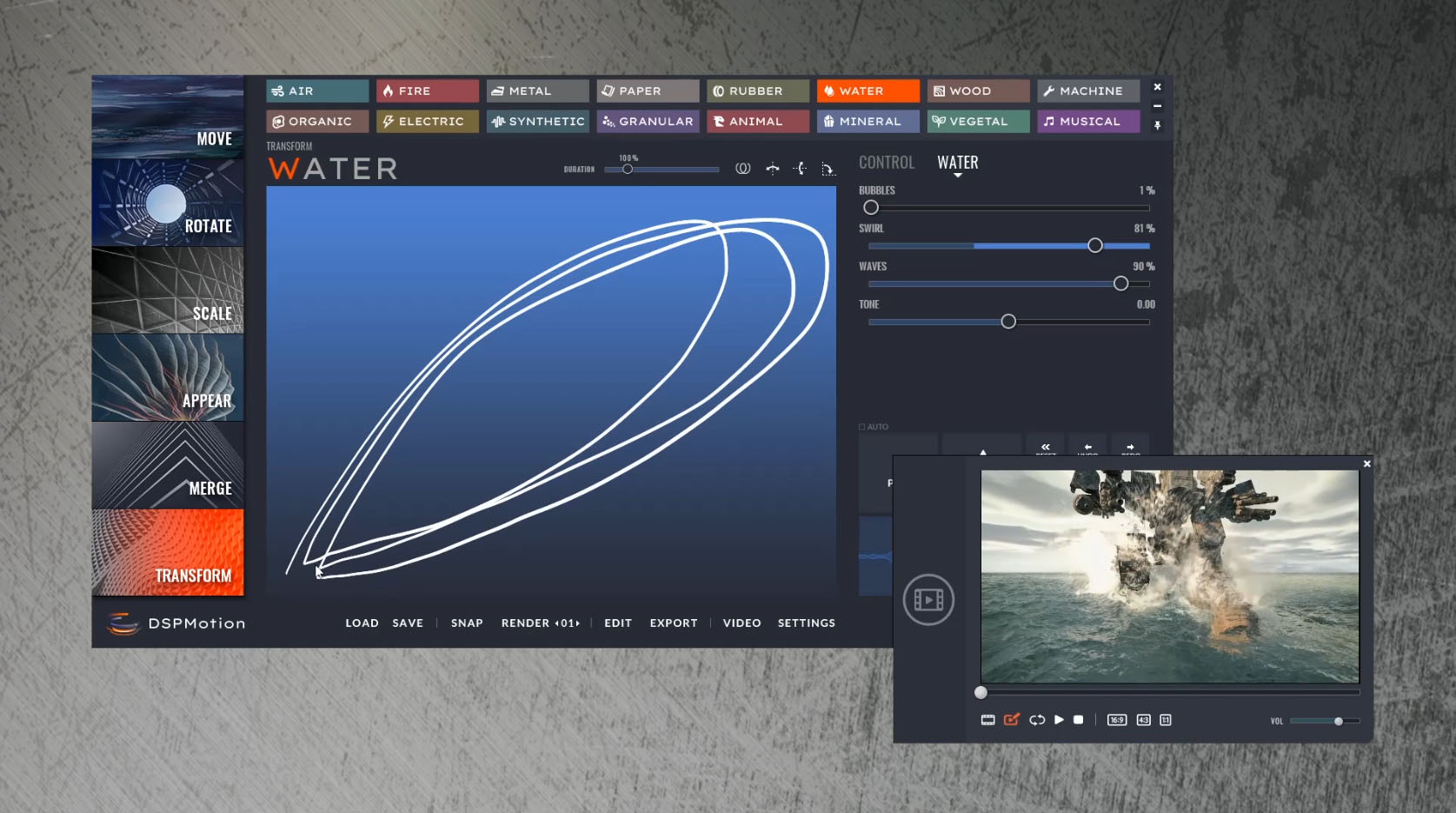 DSP Motion and DSP Action complement each other very well and can give you a broader palette of sounds and more creative options for your project. Even the sound design for something as complex as a walking robot can be done easily, with a limited number of patches, while still being entirely customizable thanks to the many synthesis parameters available.