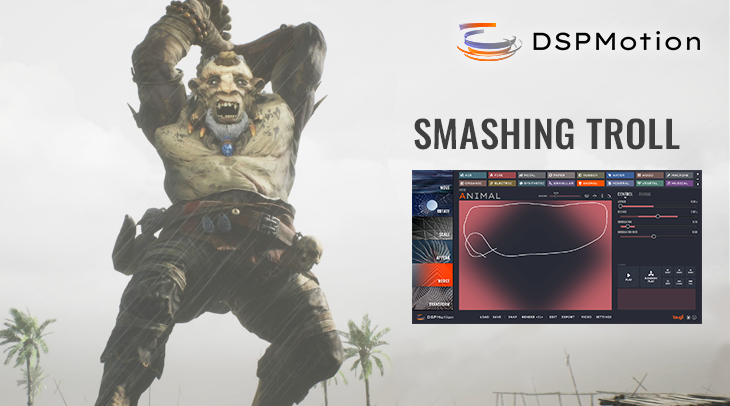 DSP Motion is the perfect tool to create sounds for a game animation, simply by drawing in synchronization with the movement on screen. In this post, we will go full troll-mode and smash the ground like there is no tomorrow!

Let’s start by designing the growl of the troll. After adding a bit of Modulation to the Merge Animal patch, we generate a breathy sound by drawing around the center of the sketch pad. Then, following the video, we progressively move towards the corners to produce a more aggressive sound corresponding to the opening of the mouth.

The Scale Animal patch is also used at that time – without its Small Creature component – to add more depth to the growl, matching the opening and closing of the troll’s mouth in the video. 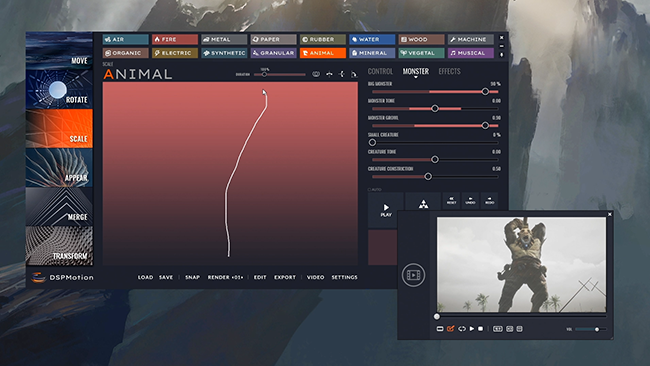 The movement of the bludgeon is first accentuated by using the Scale Air patch, as it offers a way to precisely control the air flow. When the troll raises his weapon, we only draw slightly upward. But as he smashes it on the ground, we draw on the whole axis to match the amplitude of the movement, and give the sound its full power.

The Appear Mineral patch is also used to add both a rumble layer – to reinforce the bludgeon’s movement – and a rock impact sound as we cross the center of the sketch pad. The patch also conveniently produces debris sounds after the impact.

Finally, the Merge Fire patch, which generates a whoosh following by an explosion when crossing the center of the drawing pad, makes the final blow sound a lot more powerful, matching the strength of the troll on the video. 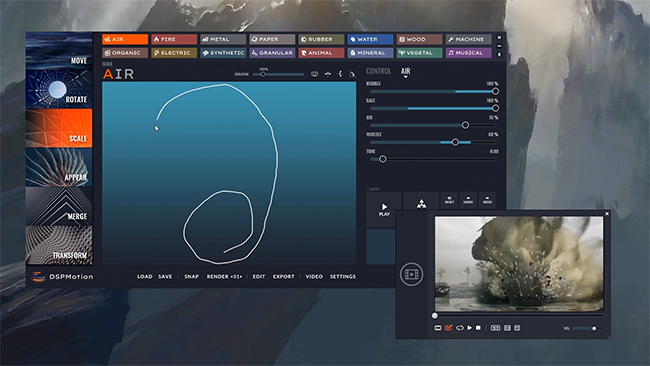 Once the weapon hits the ground, the Transform Water patch is used to generate the sound of the first water impact (after having reduced the Bubbles level).

Subsequent water sounds are produced by the Rotate Water patch. Since it reacts to the speed of the mouse, it allows for the creation of smoother water movement sounds by drawing slowly. 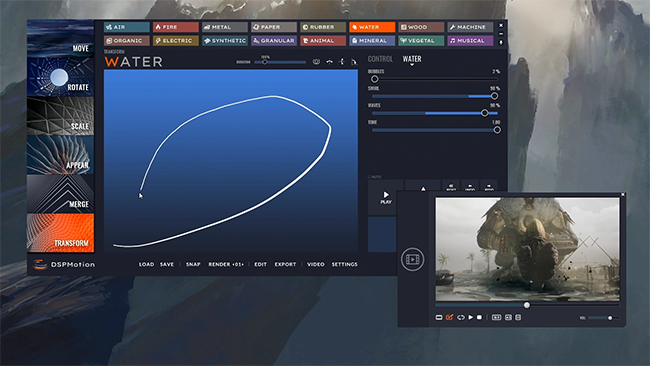 DSP Motion makes it easy to create sounds for videos and animations. If you liked this post, you may also want to check how we used DSP Motion to generate sounds for an animated logo.