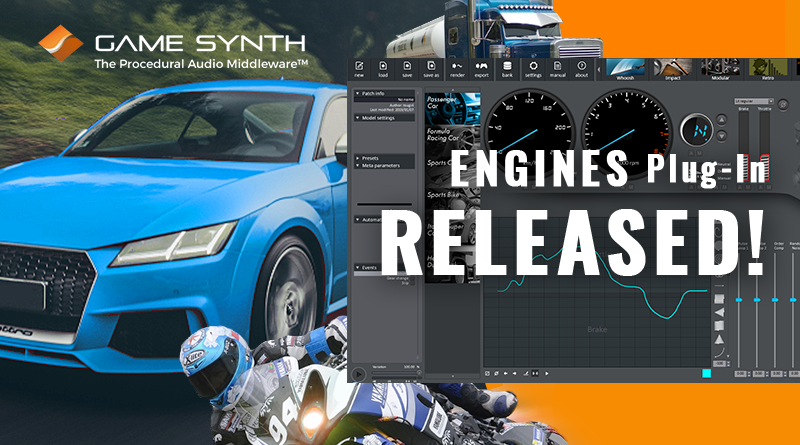 For the past 10 years, most racing games have been using granular synthesis to simulate engine sounds. Some members of the team at Tsugi are even guilty of developing a few of these systems! Although an improvement on regular sample playback, the granular technique still shows some serious limitations: it requires high-quality and often costly vehicle recordings, uses memory to store them at run-time and does not sound natural in all cases. Moreover, its implementation requires a lot of time.

We are thrilled to announce the next step in vehicle sound design. The GameSynth Engines model, developed in collaboration with a former acoustical engineer from Yamaha Motors, uses a procedural audio model to generate vehicle engine sounds in real-time. They are more controllable and physically-accurate than their granular counterparts, while offering a lower memory footprint and not requiring lengthy editing from the sound designer. Even better, the GameSynth “Engines” plug-in is much cheaper than the granular alternatives.

Creating engine sounds is as simple as choosing your type of vehicle (formula 1, sports car, bike, truck etc.), the type of motor, and recording your actions while driving with the interface, or drawing on the SketchPad!

Of course, as always with GameSynth, it is possible to control the model in real-time via meta-parameters for games or via automation curves for movies. The sounds of the different components of the model, such as exhaust brake, road noise, tire squealing etc. can also be mixed.

Should you need to design the sound of futuristic engines -or even spaceships-, the output of the plug-in can be sent to the Modular model of GameSynth and its 60+ synthesis modules to create truly amazing engine roars!

The Engines model is the result of Tsugi’s collaboration with Sound Design Lab LLC. For more information, you can read our interview with Maeda-san, former engineer of Yamaha motors and founder of Sound Design Lab here: 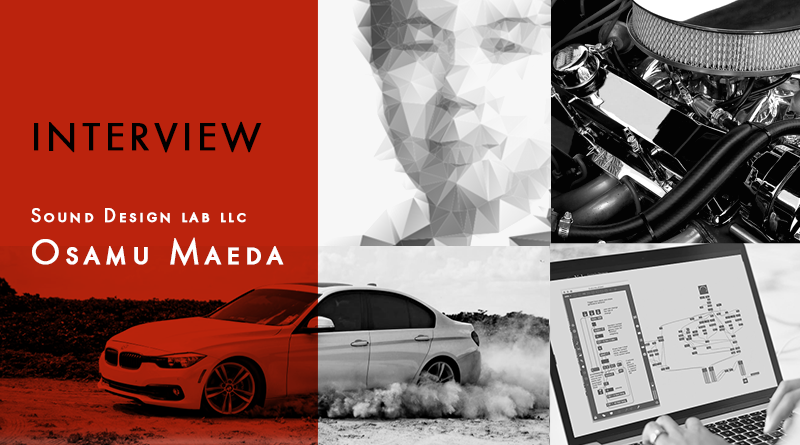 The upcoming “Engine” model of GameSynth will generate all kinds of vehicle engine sounds in real-time and with great accuracy, from formula ones to passenger cars, from super cars to heavy trucks and even motorbikes.

More collaborations are coming to the GameSynth procedural audio platform. If you are a company or a developer interested in releasing and selling your plug-ins for GameSynth, or a researcher who wants to prototype models in our tool, don’t hesitate to get in touch!

The Engines model for GameSynth is available for purchase here.