DSP Action is the ideal tool to create harsh synthetic sounds for your cyberpunk games, glitchy animations, and abstract videos. Not only can it generate an incredible amount of digital mayhem, but you can also precisely control these usually unruly sounds by drawing with your mouse or graphic tablet, and by adjusting the many synthesis parameters provided.

In this post, you will learn how we used DSP Action to design the sounds of an increasingly glitchy trip, starting from an opening eye and going right through the brain, up to the digital matrix! Let’s check the result: 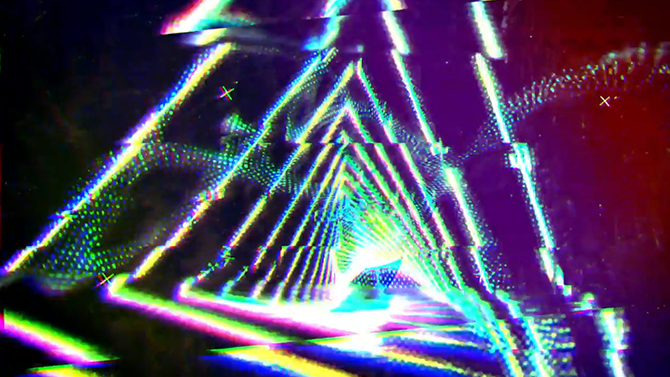 In the initial sequence, we used the Move-Whoosh patch to add some emphasis on the opening on the eye and the zoom-in. In both cases we used relatively similar settings, focusing on the Low and Mid layers. The Tone parameters – and of course the drawings – are what differentiate the two sounds.

During the zoom-in, we also added a gooey component with the Move-Gore patch, which will serve as a background layer once the video enters the brain. 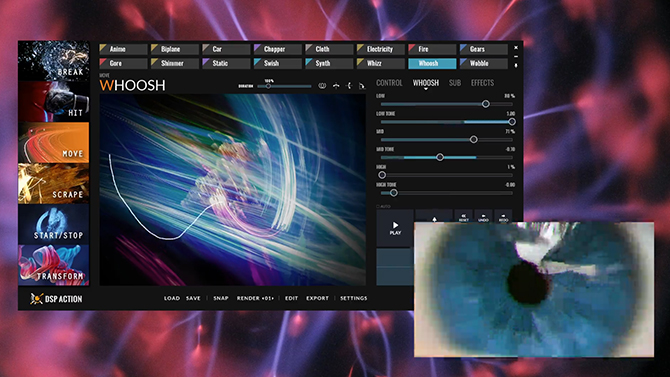 In order to create a build-up for the next sequence, the Start/Stop-Riser patch (mostly its Noise and Sub sections) is also put to contribution.

For the neuronal connections, we naturally opted for a patch with an electric feel. In the Transform-Electricity patch, each line triggers a sound depending of its width, so lowering the Line Width in the Control section allowed us to reduce the overall loudness of the sound. After muting the Bumps layer, we were able to create electric sparks that fit nicely with the video. 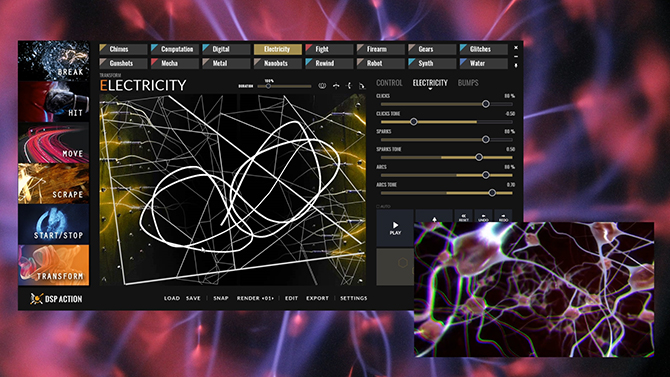 The trip then takes us into a psychedelic tunnel. The transition effect between the two sequences -which looks like a badly recorded VHS tape – is made with the Move-Static patch. As this patch reacts to the acceleration in your drawing, it is really easy to create the desired effect by just scribbling on the sketch pad. To get the right effect though, we increased the Sensitivity setting a bit, and slightly raised the Tones level. The same effect (though with a different drawing) is used again for the next sequence transition.

As the tunnel starts going forward and backward, the Transform-Synth patch is used to reflect the graphics getting more abstract. By drawing up and down in DSP Action, we were able to easily follow the movements in the video. In this patch, the topography of the lines also modifies the sound, so different sounds can be generated depending on where you draw on the sketch pad. Finally, when the tunnel goes backward, we emphasized the effect by using the Transform-Rewind patch. 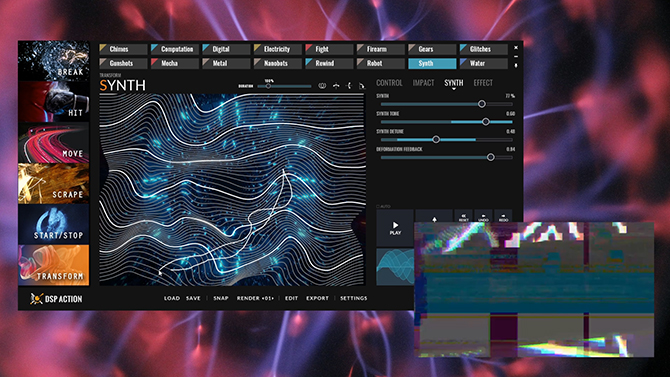 Things are getting really glitchy toward the end of the video. To get a sense of continuity between this sequence and the previous one, we used the Start/Stop-Pulse patch, adjusting the Sub and Modulation parameters. As the Modulation Rate follows the Y-axis, we drew relatively slowly during most of the sequence, only going significantly down at the end to create the final deceleration effect. 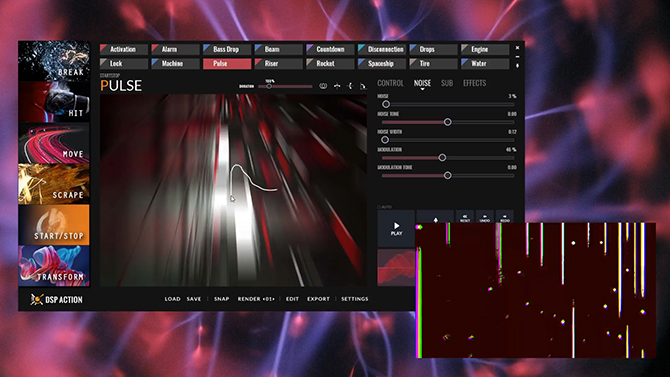 Next, we used the Transform-Digital patch to match the glitchy effects of the vertical lines in the video. In this patch, the sounds triggered change depending on the size of the squares we draw over, which easily creates a random-glitchy effect. The Tone parameters were tweaked a bit and the drawing was done by following what was happening in the video.

We also wanted this part to sound a bit like some processing was going on, so we added a layer with the Transform-Computation patch. To avoid it being too tonal, the Bleep layer was muted, and the Arcs Length was increased to make it easier to trigger multiple sounds.  Combined with the Transform-Digital patch, it sounds like a dangerous virus is infecting your digital brain! 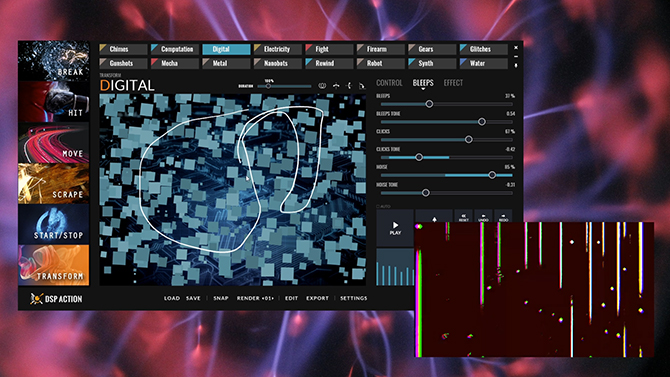 Finally, to simulate the increasing pixelization that occurs at the end of the video, we switched to the harsher and noisier Transform-Glitch patch. It is controlled in the same way than the Transform-Digital patch but stutters a lot more, which is perfect as details on the video quickly vanish. We combined it with the Start/Stop-Activation patch, drawing downward to conclude the video on a feeling of disconnection. 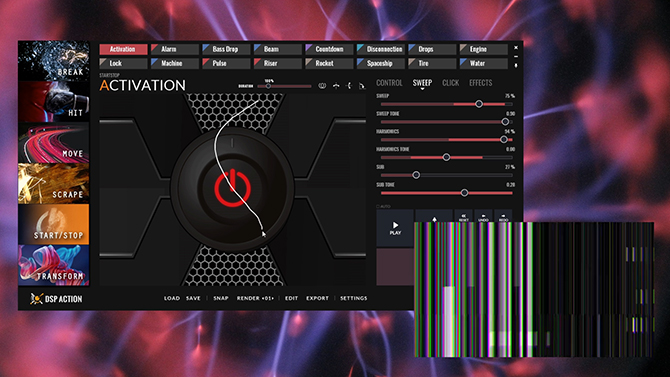