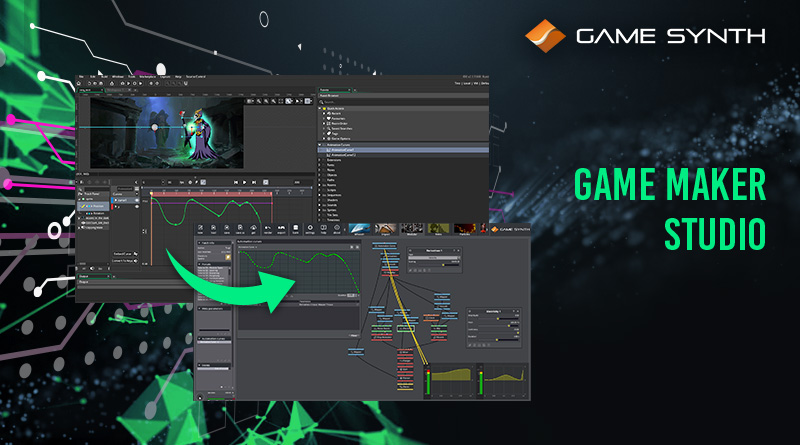 GameMaker Studio is a popular 2D game engine among independent developers due to its accessibility. Support for YoYo Games’ engine has been added in GameSynth 2022, allowing for the automatic generation and export of sounds to GameMaker Studio, as well as the import of its animation curves.

Not only does GameSynth allow you to design any sound you can imagine, but after assigning random ranges to its parameters, it can also generate sound variations and automatically export them to a number of tools with a single click. Let’s see how this works with GameMaker Studio! 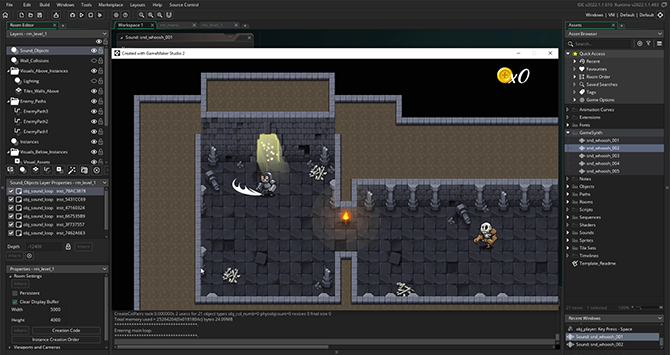 In the video above, we created a basic whoosh sound for the character of the Hero’s Trail tutorial in the Whoosh model of GameSynth. After assigning a few random ranges, we clicked on the Export button and selected the GameMaker Studio exporter.

At this point, the GameMaker Studio project (.yyp) must be specified, and the Audio Format and Sound Properties settings can be adjusted. These reflect the settings from the Sound Editor in GameMaker Studio (in addition to the audio files, the exporter will generate .yy files containing all this information). Note that the names of the audio groups are automatically retrieved from your project file.

Like with every exporter in GameSynth, you can also choose the number of sound variations you want to generate. Finally, if you wish to open your project directly after exporting, you should set the path to GameMaker Studio executable in Settings window. 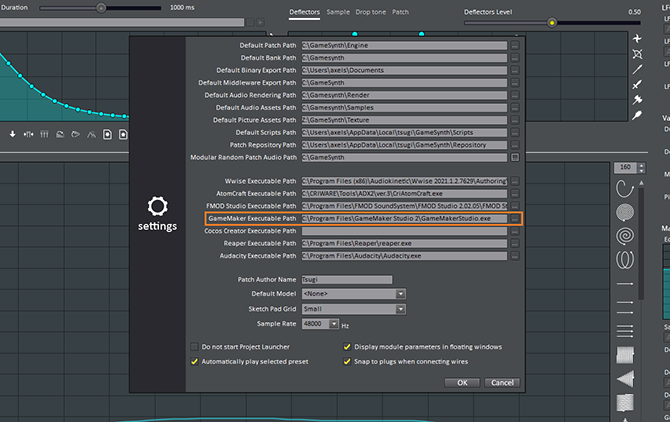 Once the export done, the generated sounds can be found in a “GameSynth” folder in the Asset Browser of GameMaker Studio. Exporting files again with the same names will update the sounds, allowing you to easily iterate on your sound design without breaking your implementation.

Importing an animation curve in your sound tool offers a lot of benefits. You can synchronize the sound perfectly with the animation, and should its duration or movement change during production, you just need to generate the sound again from the new curve. No need to record new sounds, or to process existing ones with artefact-prone post-processing to make them match the new animation!

To demonstrate the curve import feature, we animated an electric ball in GameMaker Studio, using a single animation curve.

Such curves are saved as .yy files under the “animcurves” subfolder of your project and can be imported directly into GameSynth. To do so, in the patch information panel, click on the Automation Curves menu icon and select “Import curve”. After selecting the .yy file, all the curves it contains can be previewed and, if needed, pre-processed. Once the curve imported, you will still be able to edit it and adjust the duration to match the length of the animation in GameMaker Studio. 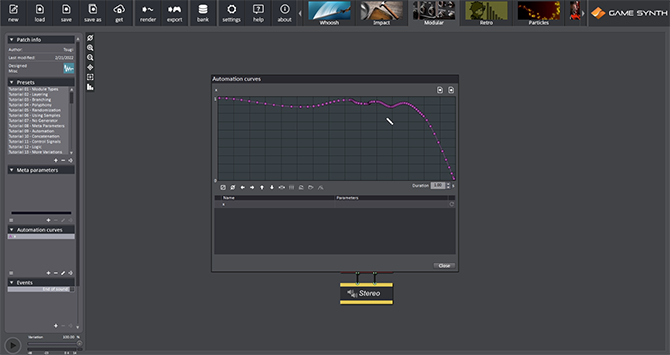 Moreover, when using the patching environment of GameSynth, many modules are available to modify the curve: Mapper, Derivative, Smooth or Drifter etc. You can see in our final patch below that we used the animation curve to drive many synthesis parameters. 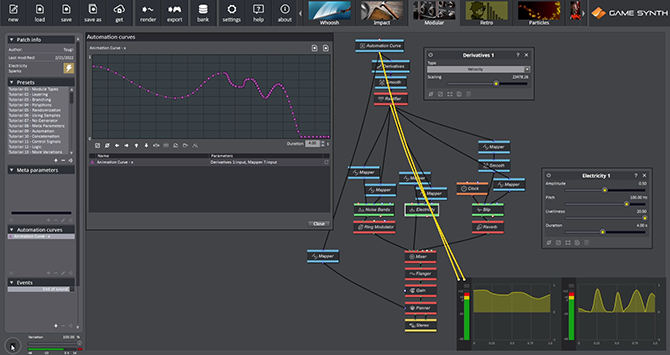 For instance, the Derivative module allows us to extract the Velocity of the curve, useful to put emphasis on the motion in the sound, and the Mapper modules are used to constrain the range of the curve independently for each parameter.

You can see the final result below, after having exported the sound to the GameMaker Studio project. 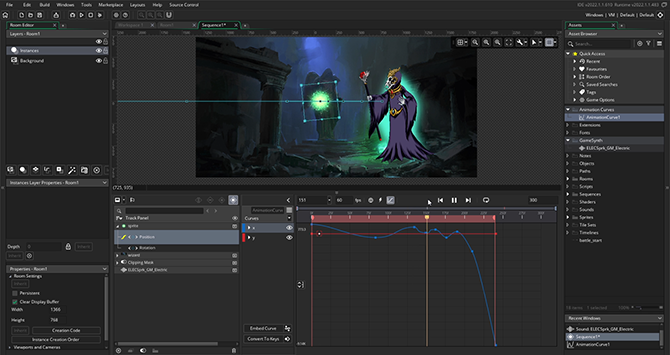 Let us know how you are using GameSynth in conjunction with GameMaker, we would love to add even more features to help you make great sounding games!