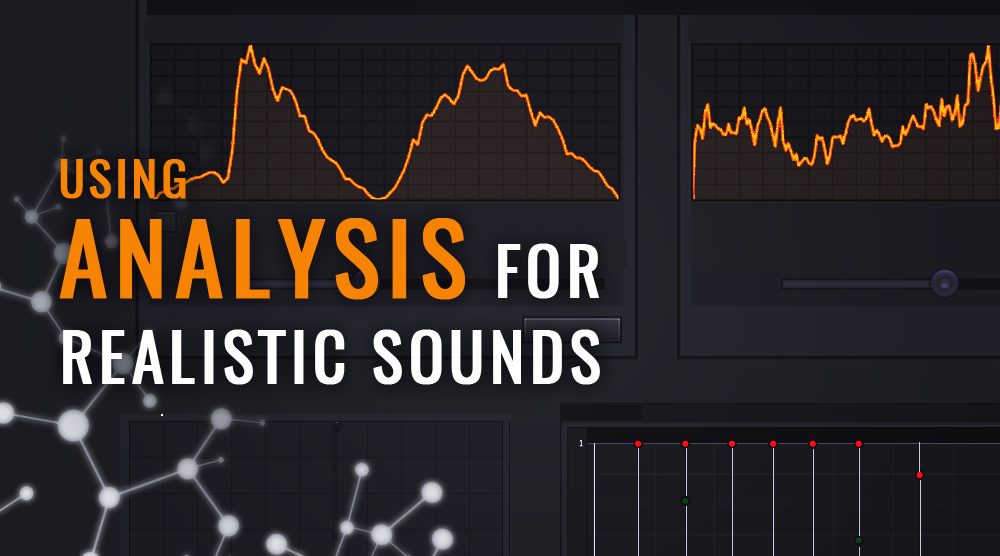 GameSynth allows for the analysis of samples in order to create more realistic procedural audio models. In this post, we examine four examples in which audio feature extraction is used to create interesting patches.

A good example of the power of audio analysis in GameSynth can be found in the Impact model. Indeed, you can drop a wave file onto the “resonant impact” section of this model. After confirming the noise threshold and maximum number of modes allowed, the sample will be analyzed and the resonant modes extracted. 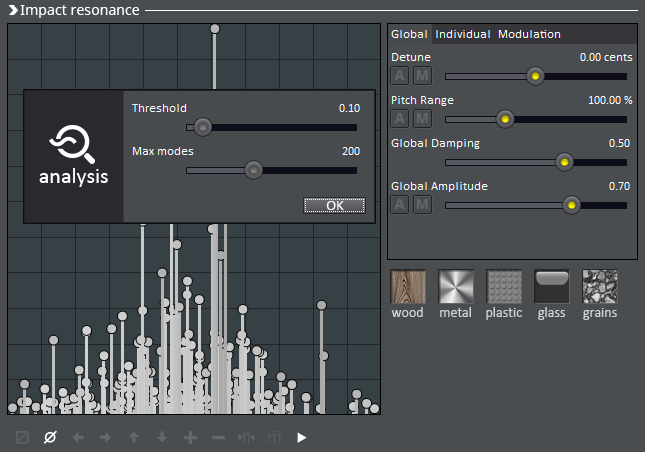 The following video demonstrates how it is possible to create many realistic sword hits, simply by analyzing a single wave file and assigning random ranges to the parameters of the generated model. It then proceeds to show the same process with wood impacts.

One of the main elements of the Whoosh model is its global envelope. By default, it is a multi-segment envelope which can be edited by the sound designer. 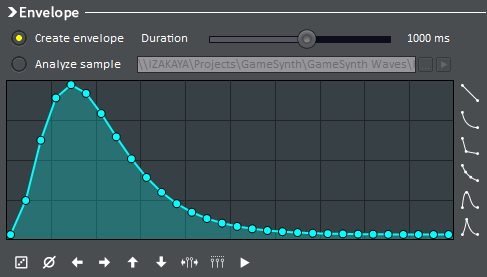 However, it is also possible to import an existing sample, to extract its amplitude envelope, and to use it instead. You can of course analyze different types of sounds; gunshots for example are especially good to design short but impactful whooshes.

By using this function in conjunction with the sample playback (instead of editing the deflectors), the Whoosh model can be used to create totally different types of sounds.

Several modules of the visual patching system in GameSynth can also have their parameters configured by analyzing a wave file.

For example, the Sequencer module will let you import a sample and extract events (both their timing and amplitude) that will be automatically inserted on its timeline. This is a very good way to instill a natural feeling into a sequence of events. 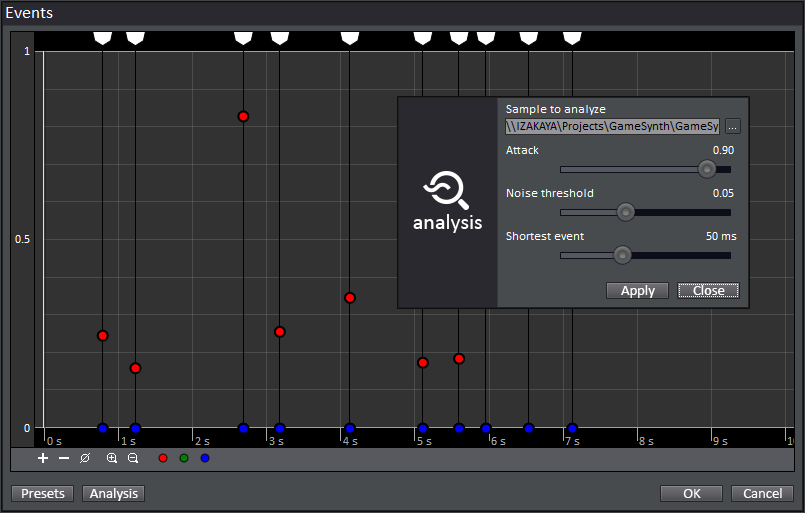 In the following video, we analyze a sample of footsteps on a hard surface. Then, after extracting their timing, we replace them by synthesized footsteps on gravel by using a granular noise module as the sound source.

Also in the visual patching environment of GameSynth, the Curve module is exclusively based on analysis. Once a sample is selected, it is possible to select a feature to be extracted, from amplitude to pitch and noisiness. 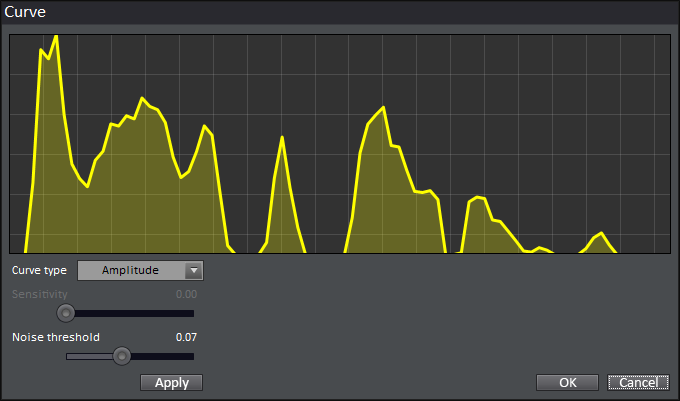 The resulting curve can then be used as a control signal to modulate other parameters in a patch.
It is very useful, for example to design more lively or realistic creature sounds, as demonstrated in the video below.

Analysis is a very important feature of GameSynth and one that will be expanded in the upcoming versions.

If you are working in game audio, now is the time to get new creative options and to streamline your workflow with GameSynth.